On 4 and 5 June 2019, the Federal Ministry of Food and Agriculture (BMEL), the Federal Agency for Agriculture and Food (BLE), the Julius Kühn Institute (JKI), the Federal Agency for Nature Conservation (BfN) and other partners organised the symposium "Genetic reserves for wild plants for food and agriculture - a new module to strengthen species protection" at the JKI in Quedlinburg.
At the conference, the results of the pilot project "GE-Sell" on the establishment of genetic reserves for wild celery species were presented, as were results and experiences from comparable projects on e.g. wild vines, wild fruit and grassland species. The discussion took place with participants from scientific institutions, nature conservation authorities and an interested audience. The contents were embedded in contributions to international activities. In addition, the need for further action to expand cooperation between agriculture and nature conservation was discussed. 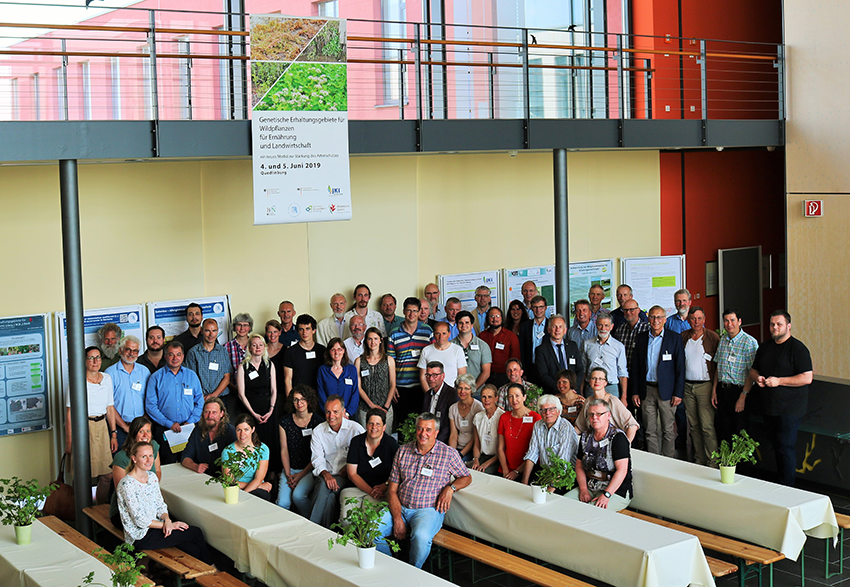 At the same time, the conference marked the start of the first network of genetic reserves, the Wild Celery Network. With the establishment of this first network, Germany is a pioneer in Europe. For its part, celery is a pioneer for further conservation networks. In the framework of the conference, certificates for the establishment of the first five genetic conservation areas were handed over to the managers of the areas. 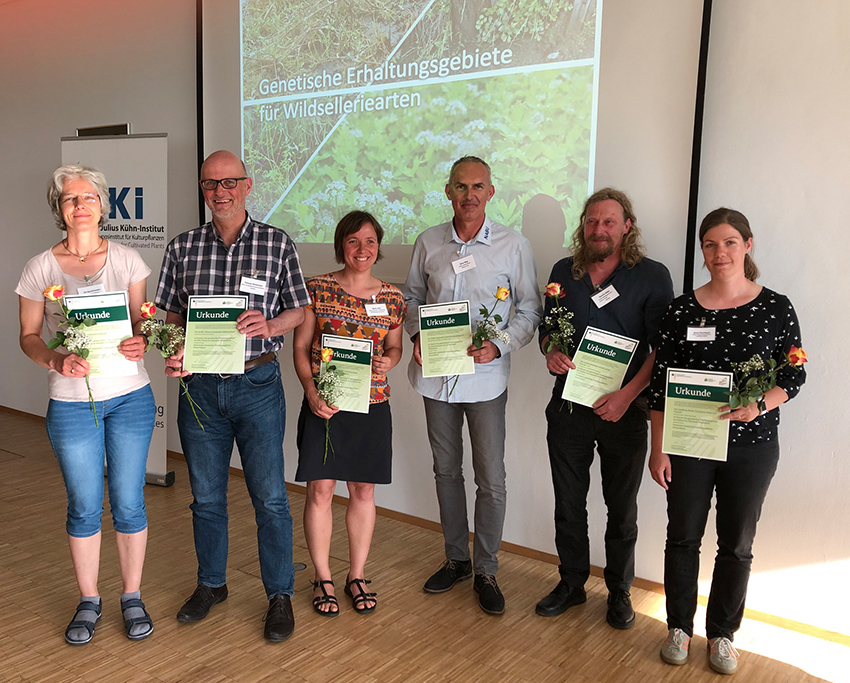 Individuals and institutions who support the conservation of wild celery occurrences received a certificate from the Federal Office for Food and Agriculture in recognition of their commitment. (Photo: S. Hahn, JKI)

The event was carried out by:

The conference was organized by: